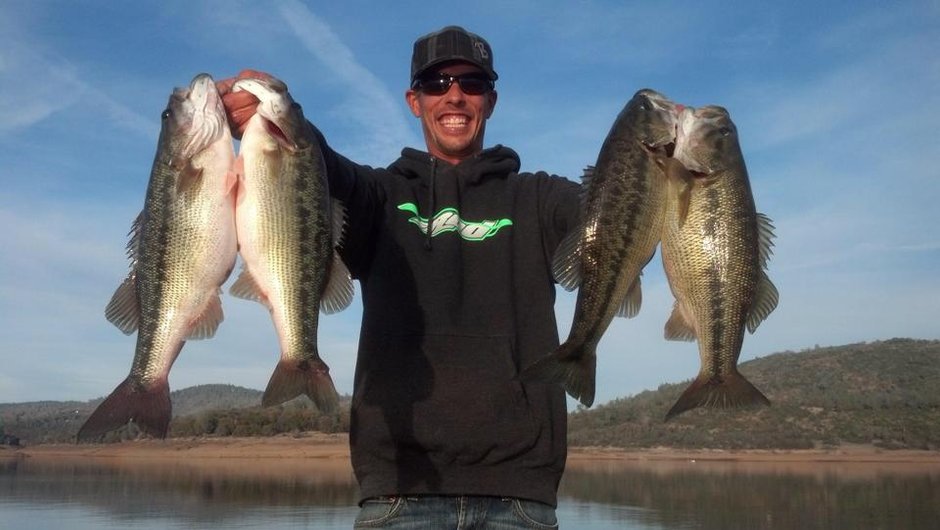 Clear Lake is on every Bass fishing lover's bucket list, and for good reason. Along with being possibly the oldest natural lake in Northern America, it is also one of the top Bass fisheries in the country. I guide year round, specializing in teaching my techniques and lake knowledge to experienced anglers who fish for fun or compete in tournaments.

After an injury on the track ended my professional BMX racing career, I took my love of fishing and turned it into a  new career and lifestyle. Originally from Agoura, CA, I started out fishing team tournaments at lake Casitas moving on to fishing as a Co-Angler in bigger tournaments, which eventually led me to fishing as a Pro. I've received "Angler Of The Year" titles, plenty of first places, and have finished in the Top 10 in numerous big name tournaments such as, FLW & WON BASS. 12 years ago I decided to move up North to the top Bass fishing lake in the country to learn its in's & out's, figure out its secrets & I haven't looked back. For the last 5 years I have focused my attention to guiding on Clear Lake, teaching others what I have learned.

*Big bait trips depend on fishing at the time

You name it, we can fish it

*All A-rigs are hand-made Bailey-rigs

*There are no guarantees in fishing, especially with Big baits.

*Big bait trips are only available during certain times of the year. Clients bring their own big baits. Certain big baits will be provided and we reserve the right to charge for certain baits lost by clients.

*If the Big Bait Bite in not going, you will have 7 days to reschedule within the next calendar year.